So I’ve made a bit of progress with the project that I’ve been undertaking lately. I’m trying to control a powerswitch tail from an arduino via the internet using the Ethernet shield and a PHP server. Right now I can edit a the name of a string (well, echo) in putty on a document on my PHP server (the very same LAMP that’s allowing me to type this post!) and have the Arduino decode that string (echo) and print it back to the serial console at 9600 baud. 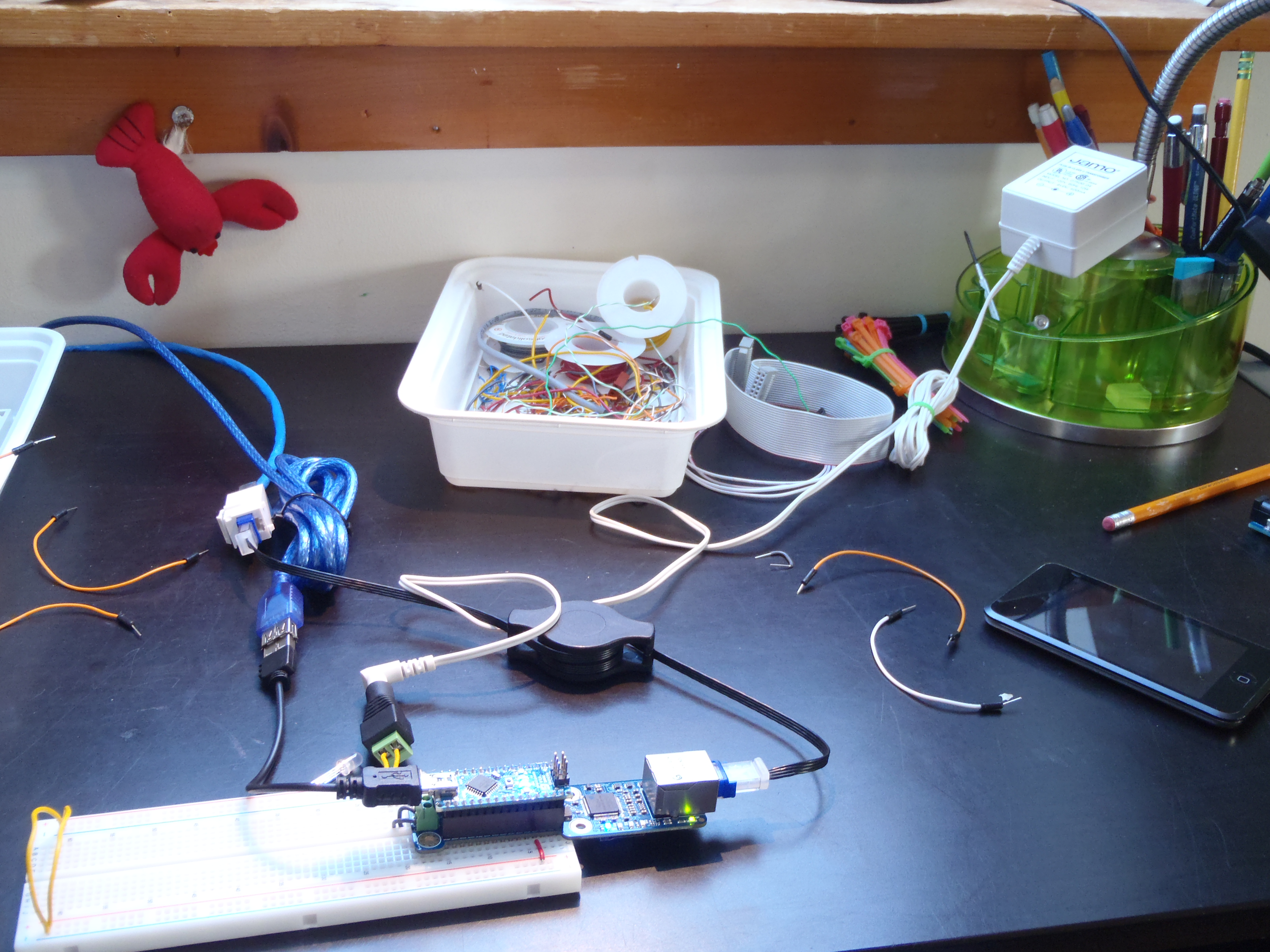 You can grab the source for the Arduino here and the PHP script here See comments in the arduino code for notes about setup. Also deduction is your friend 🙂 Happy programming!