This project got featured on the official arduino blog as well as hackaday! Thanks to everyone that shared!

I work with addressable LEDs a lot. For all that they’re great for, they’re kind of hard to debug when you have a lot of them connected up at once. This is especially apparent when you have many small single modules in hard to reach spaces.

This lets me set the color and number of LEDs in a strip, and then displays a color pattern. This way I can tell if an LED has become disconnected in a strip, or if a channel  inside a particular has died.

All of the raw code solidworks, and KiCAD have been posted on my github. You can look at the 3D models on thingiverse as well.

Here are a couple of quick renders of the assembly design: 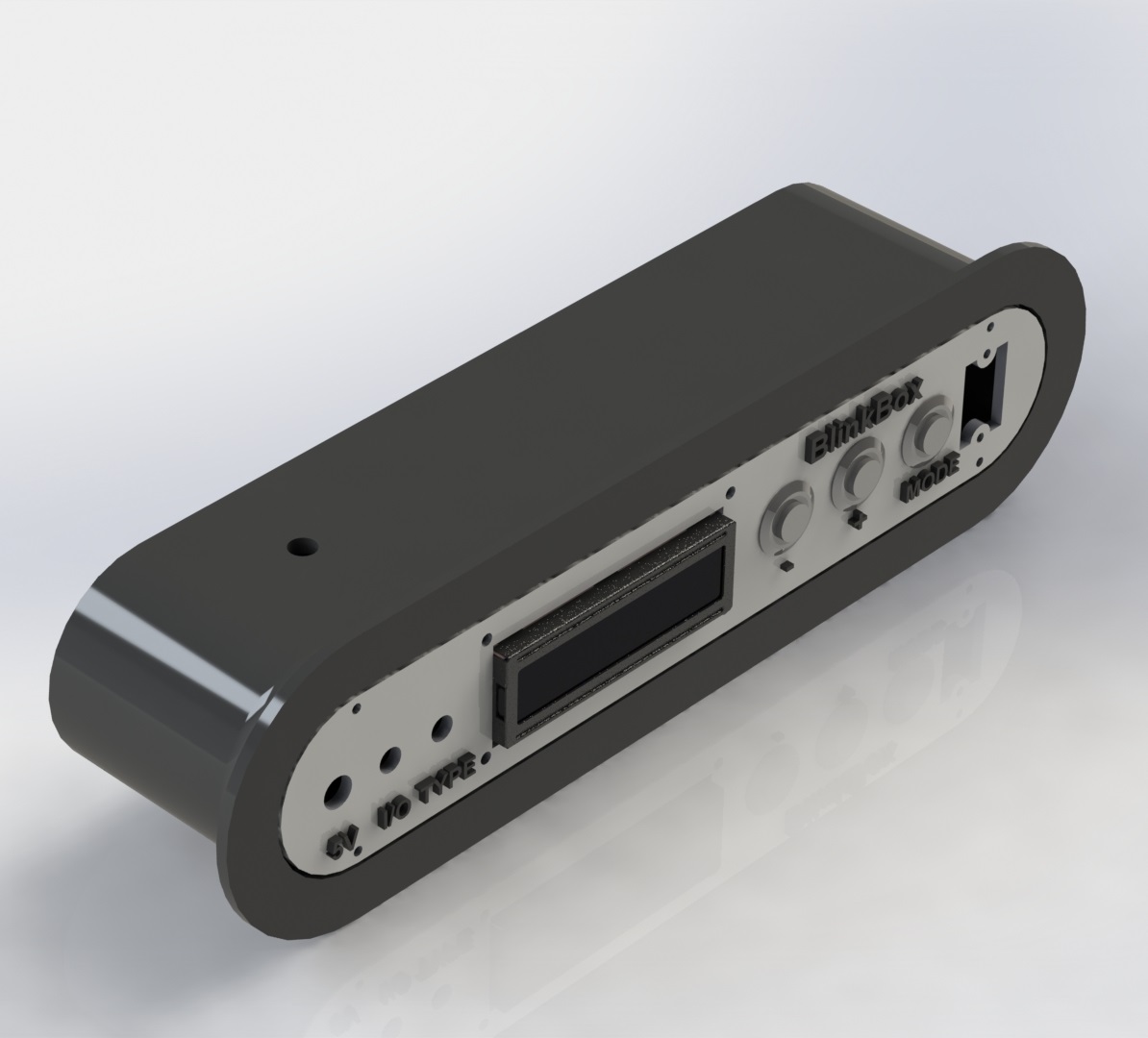 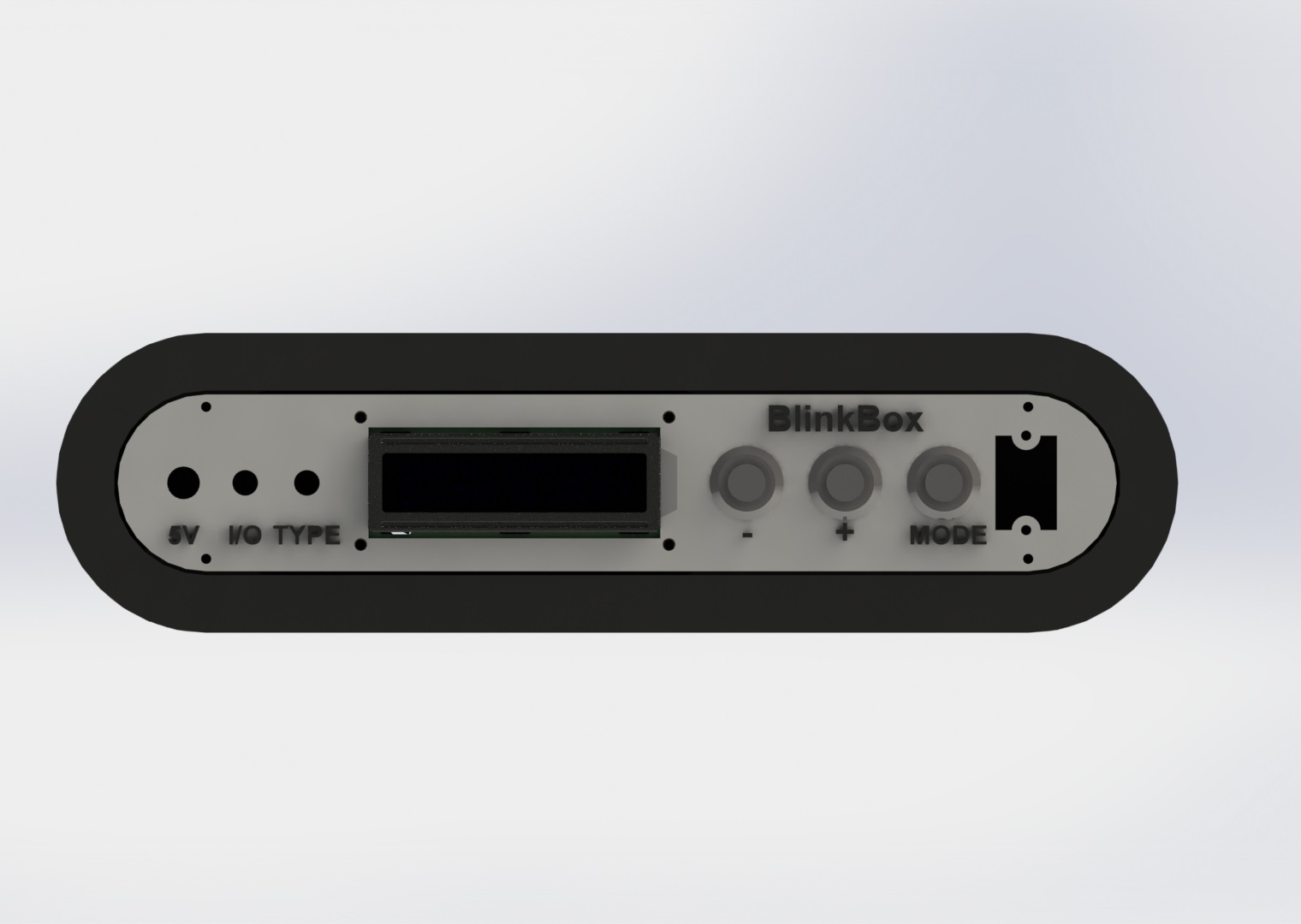 The screw mount behind the pushbuttons is extended to be able to support the pressure without flexing: 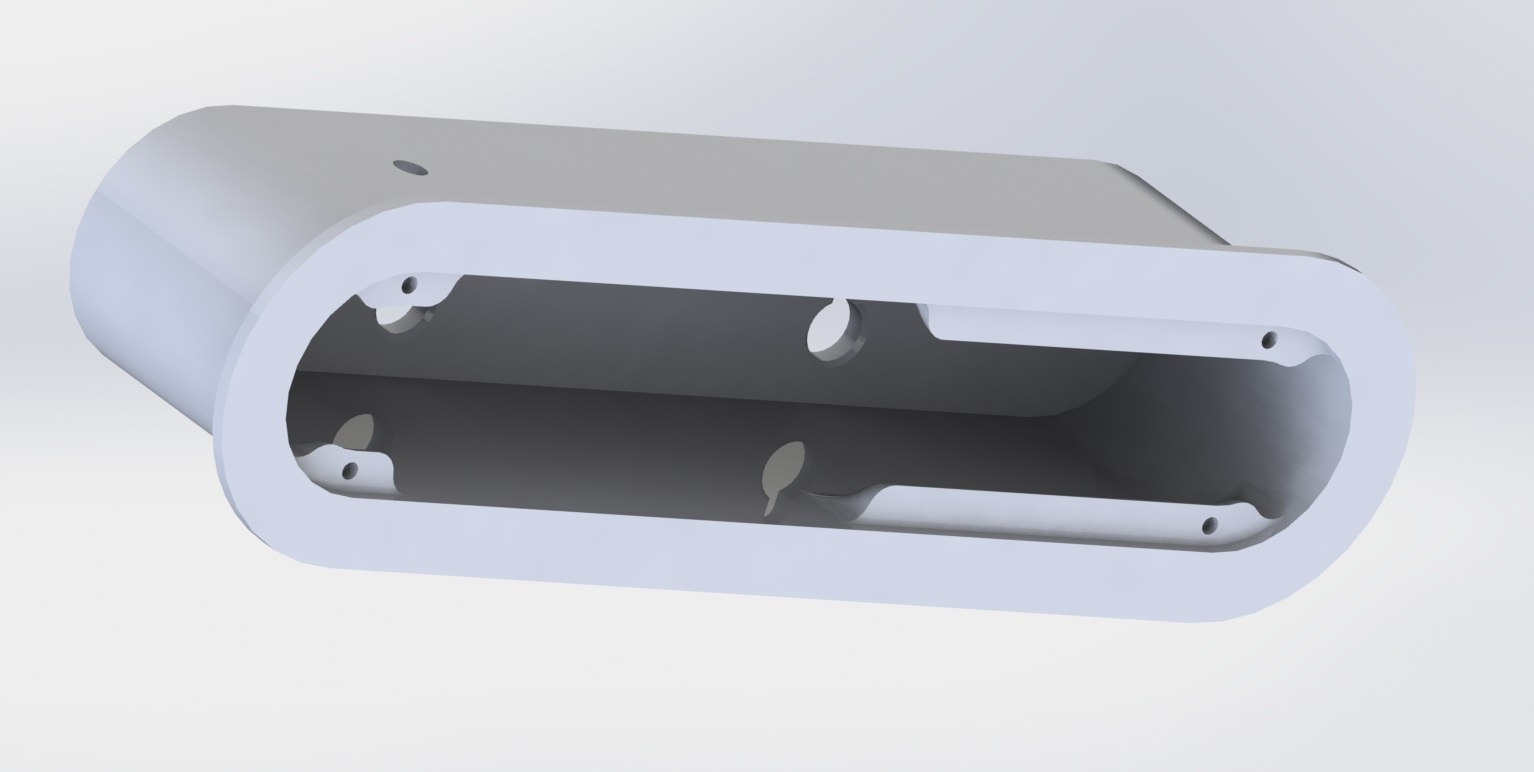 I added a ridge so you can grab onto something as you interact with the switches / buttons. 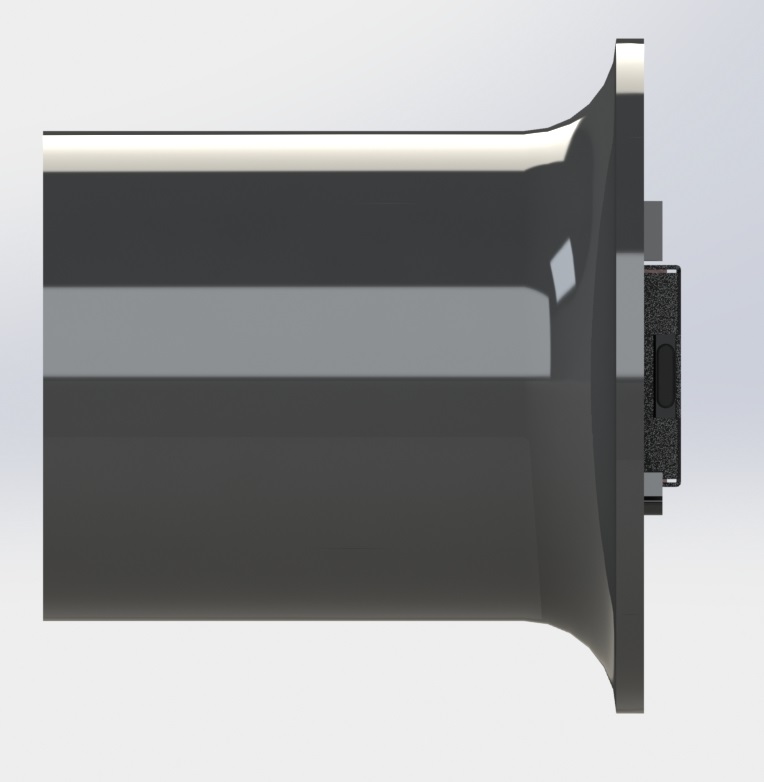 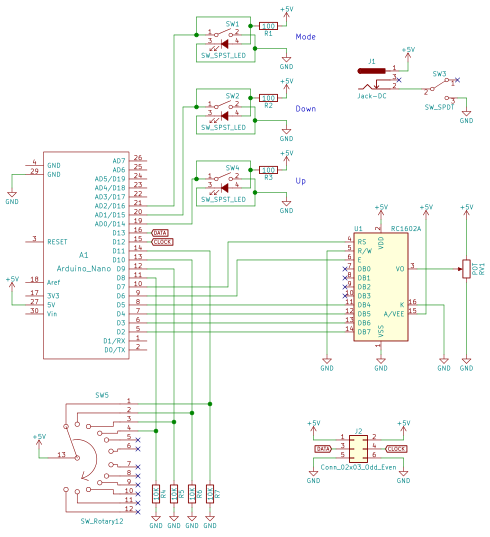 There really isn’t a lot going on here, the parts are probably the coolest part of the project. The 5V jack is a 6mm DC barrel jack, the pushbuttons are illuminated 16mm pushbuttons from adafruit,  the on/off switch is a locking toggle switch, and the 4 position rotary switch can be found here.

I wired up the circuit on a spare piece of perfboard.

My code is available on my github.

The LED driving part of the code is based on FastLED, a beautiful library for driving these types of addressable LEDs.

That’s pretty much it! I’ve already gotten some use out of this tool and have found great satisfaction in taking the time to make it look nice as it will be a permanent addition to my lab.

I’ll post any updates I make to this project as edits to the top of this post.

Thanks for reading, and here are a few more photos: 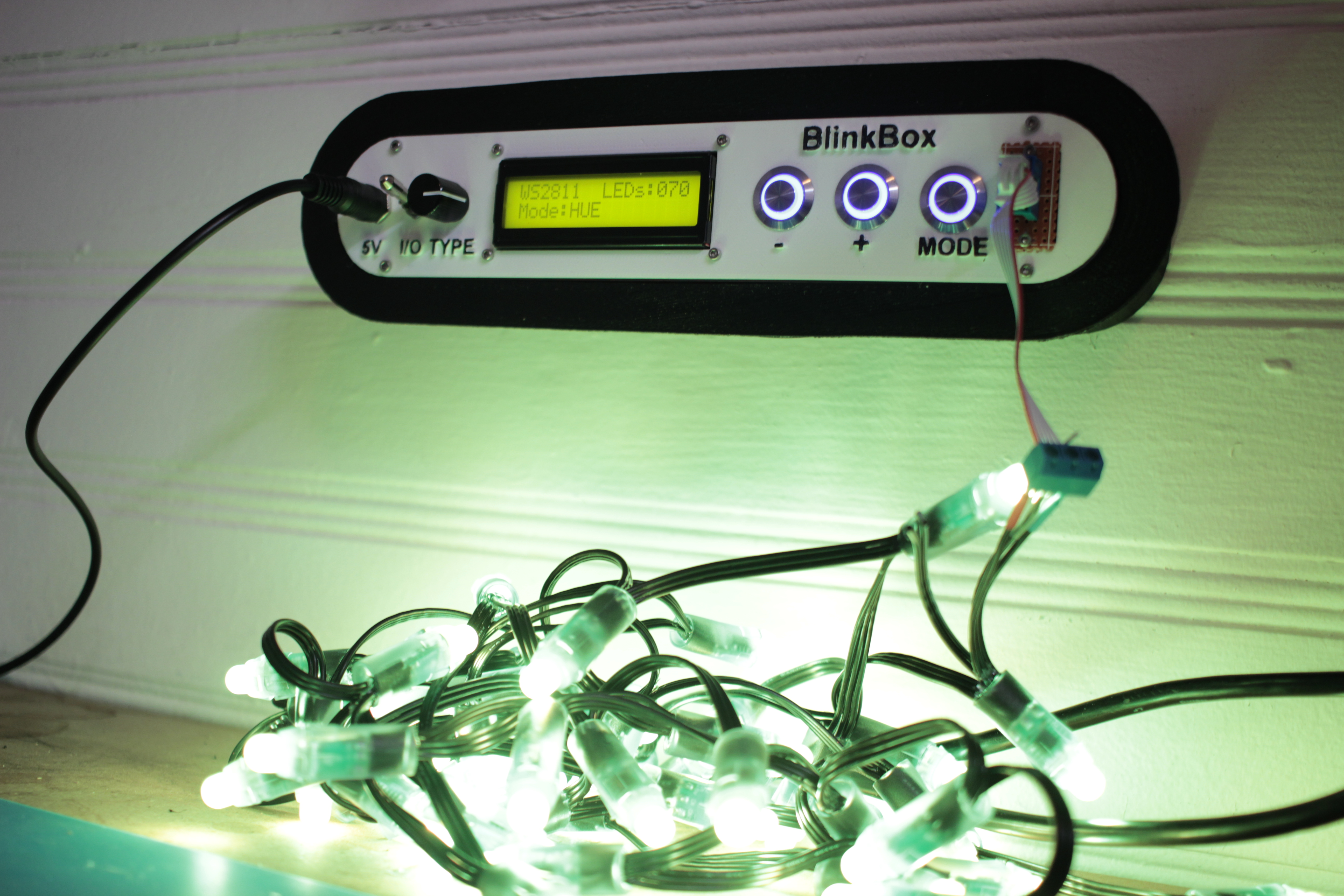 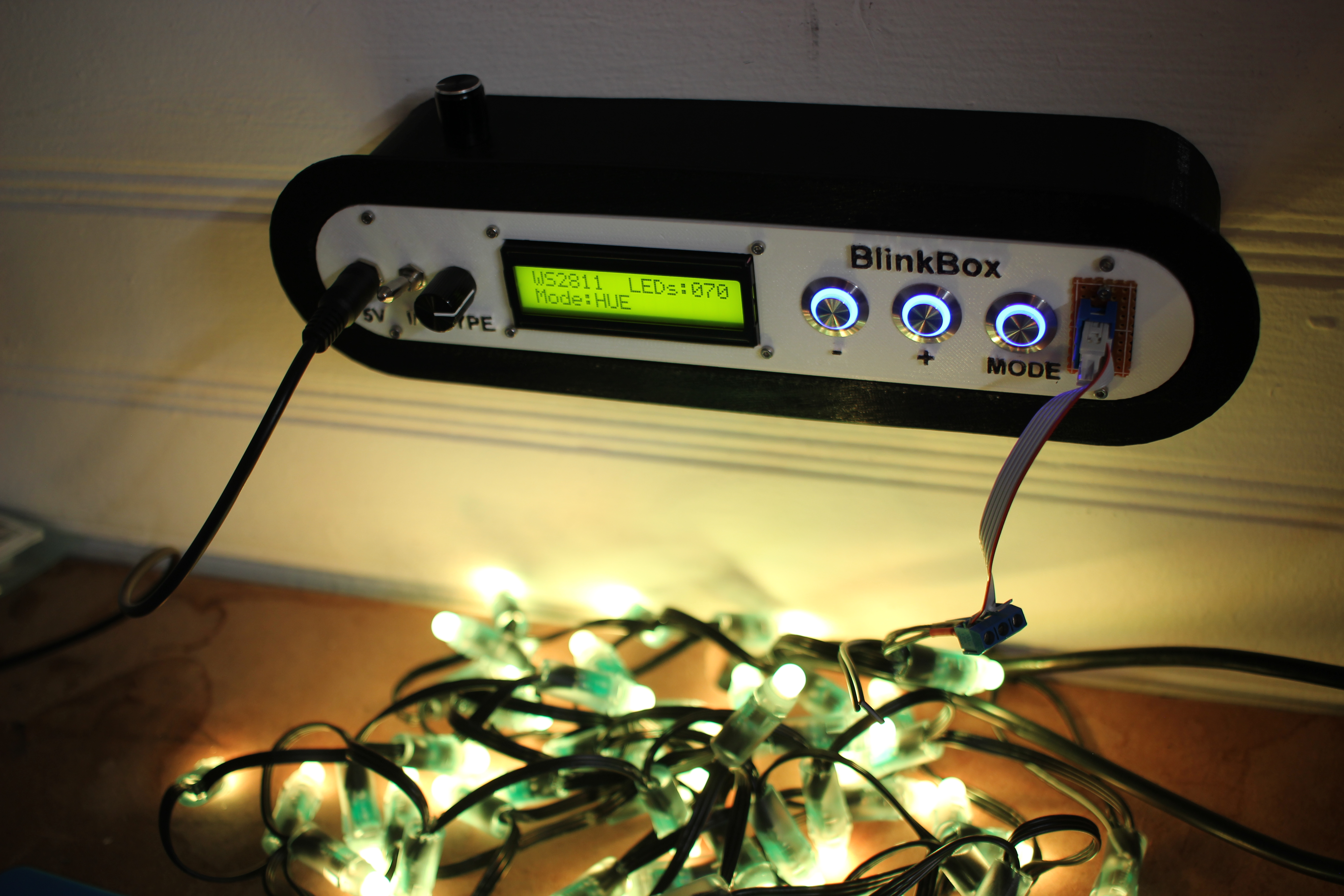