For my application, I wanted a way to have the circuit draw very little curren
t when in the off state, be able to be powered on with a pushbutton, and then turned off through software on the Arduino.
Here is the circuit diagram: 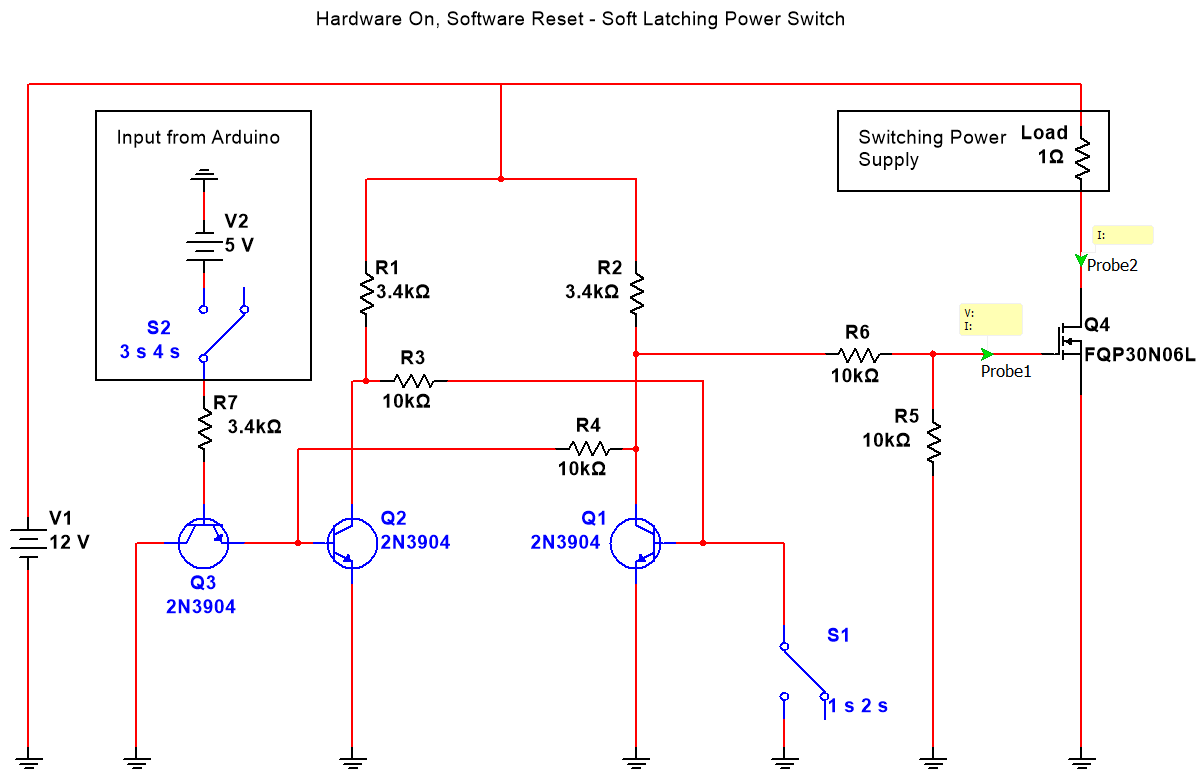 Here’s a video of the circuit in operation:

The code running on the Arduino is very simple: